The Service will again be led by:

Past President of B’nai B’rith of Greater Cincinnati

As Keynote speakers, we are honored to have: 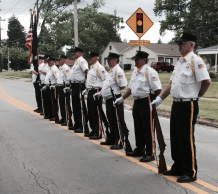 For the seventh consecutive year, our Memorial Service is honored to have the Honor Guard Unit from American Legion Post 534.

The Honor Guard Unit will fly the American Flag.  Additionally, they will perform a three-volley salute and blow taps.

The War Memorial, established at this location and dedicated October 14, 1945, to the memory of our valiant servicemen, involved the joint efforts of various leaders in the Jewish community, including Louis Weiland. Uncle Lou Weiland, as everyone referred to him, served as the original chairman of the War Memorial Committee, and as chairman of this event, every year from its inception, until he passed away in July, 1982. The late Honorable Judge Robert S. Kraft and Jack Landman then took over as co-chairmen until 1993. 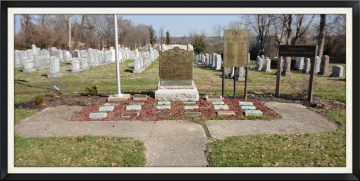 The public is invited and encouraged to attend and participate in this Service of remembrance which is the only one of its kind in the area. Inclement Weather will not prevent us from holding this special event. 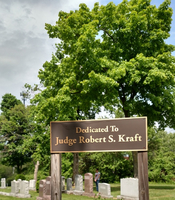